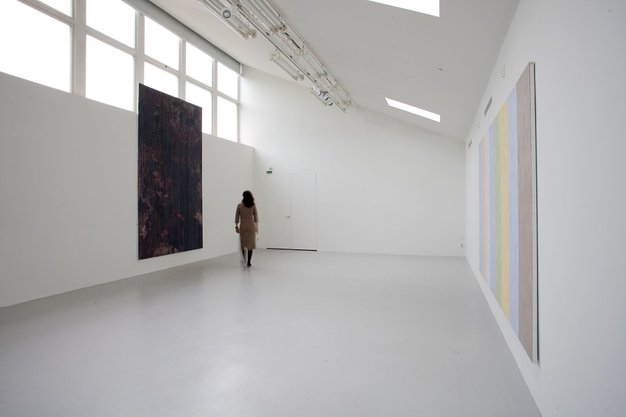 Installation view, How many meters are there until heaven? Galleri Mejan, Royal Institute of Art, Stockholm 2010

How many meters are there until heaven?

The Stripes Deepen in Parallel

…One painting shows eight narrow, perpendicular surfaces that activate one another through the contrast between warm and cold colour tones. The surfaces vibrate by a light that emanates from the darkly coloured ground. As particles of air. The same yellow, red, green, blue and brown hues recur as extremely narrow stripes in the other painting. The coloured lines appear in layers, making the pictorial plane bulge outwards and inwards. The gaps between the stripes allow the dramatically composed sub-painting to emerge so that two images are displayed at the same time. The painting’s halftone lines make one’s gaze wander between surface and depth. Without being fixed into one position.

Elisabeth Frieberg measures the space at Galleri Mejan in a similar way. By the placement of the two paintings How many meters are there until heaven?, she lets the distance point to the relationship between them. Which image is nearest heaven? Which one belongs to the earth? The paintings’ reciprocal perspectives are dissolved by the spatial division. And by the painterly depiction. Maybe they describe the same thing? As close-ups of each other. 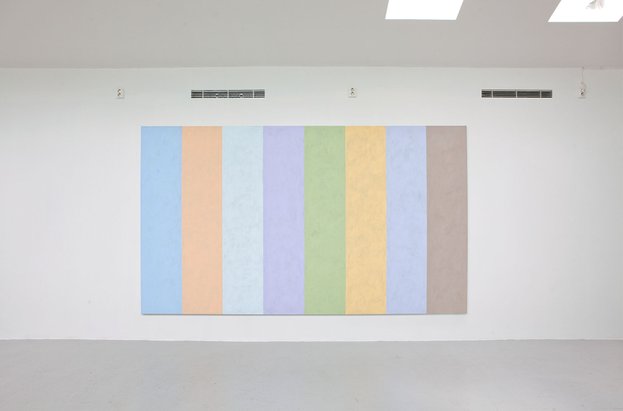 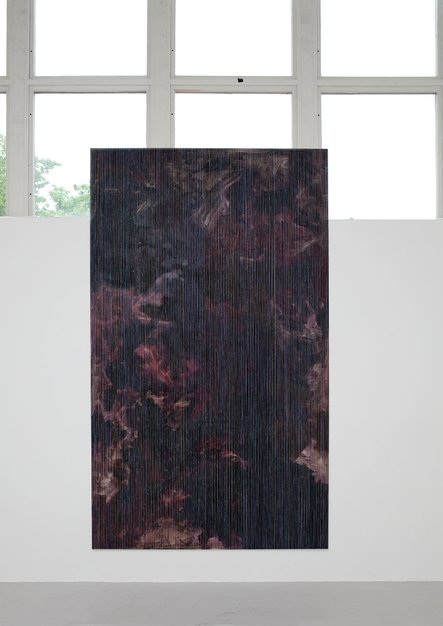 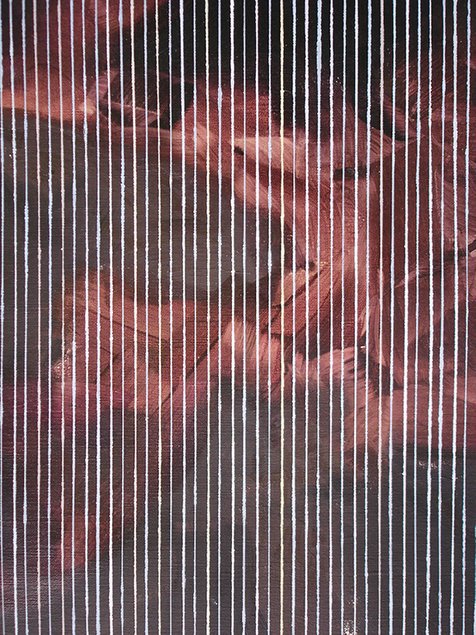 Detail. How many meters are there until heaven? No 2 .