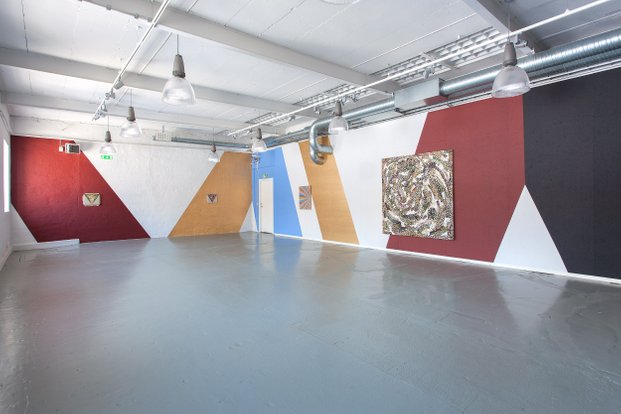 Dying on Stage  (Taos, Badger, Spaceship) is the third and last part of Elisabeth Frieberg’s version of the Brooklyn-based curator and art writer Kyle Chayka’s exhibition “Dying on Stage: New Painting in New York” first executed at the Garis and Hahn Gallery in New York City 2013.

Frieberg’s two previous parts were shown at Galleri Thomas Wallner in Simris and at Konstnärshuset in Stockholm in September 2014. In conjunction a catalogue with parts of Frieberg’s installations and paintings was released with an introduction by Kyle Chayka:

… “In this exhibition, Frieberg investigates the possibilities of the canvas as a form, turning paintings against the wall and allowing their colors to shine from behind the stretcher bars. Another work is hinged against the wall, metaphorically allowing it to move any way the wind might blow. Frieberg inhabits the space of freedom given by the attitude of always being ready to fail, to die, to move on to the next attempt, remaining ever alert and ever curious.”… Kyle Chayka, Brooklyn, NY 2014

In the third and last part of Frieberg’s version of “Dying on Stage” Frieberg is installing seven paintings in relation to a twenty-five meter long and three meter high wall painting.

Spaceship. It is a badger.

The badger is driving. Alike the cat bus in Totoro.

It is a female badger.

Its side is striped.

Outside the sky is blue. The colour of blood is transformed into Swedish ”faluröd”. A barn. Gold is shining outside the window. Inside the ship the gold is vibrating on your body. Black is sorrow and space.

The paintings are paintings as windows, as objects. Windows, which are objects on board a ferry. Or a landscape painting if you want. In the canteen maybe.

If you look out of the spaceship you see the landscape of Taos, New Mexico. Where Agnes Martin lived. The paintings are windows, painted as objects. The colours from the desert landscape. The outskirts of Taos. Ranchos. Flat surfaces.

The spaceship is a badger. It has colours representing the sky, eternity, God, and blood, which has been transformed into a barn.

You can see them on both the inside and the outside of the ship.

I am thinking of Matisse’s La Danse at Musée d'Art Moderne de la Ville de Paris. The most beautiful monumental painting I’ve seen. And I am thinking of R. H. Quaytman who said: “Op paintings work well to activate other paintings, like little engines.” I like that, so I put a small engine in the back of the spaceship. But it’s not strong enough to navigate the whole ship. The stripes on the walls and the lamps are also driving. 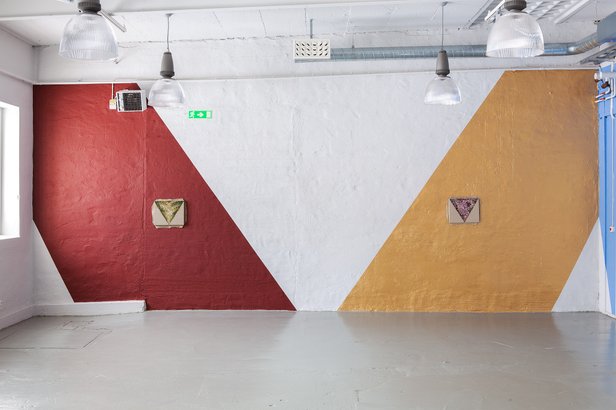 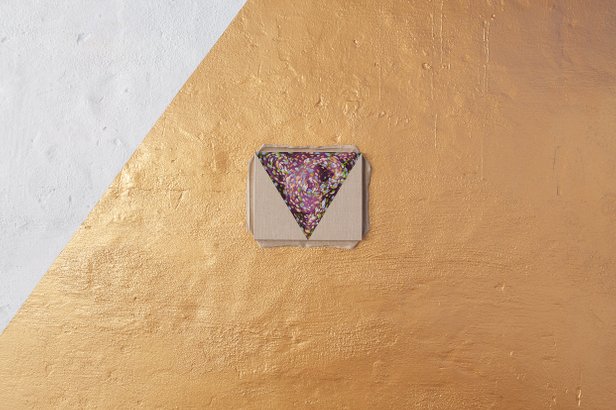 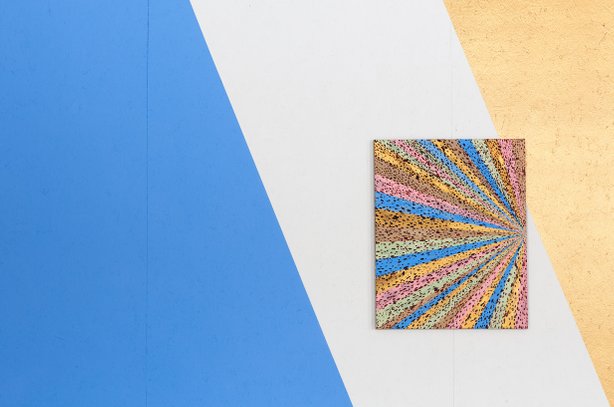 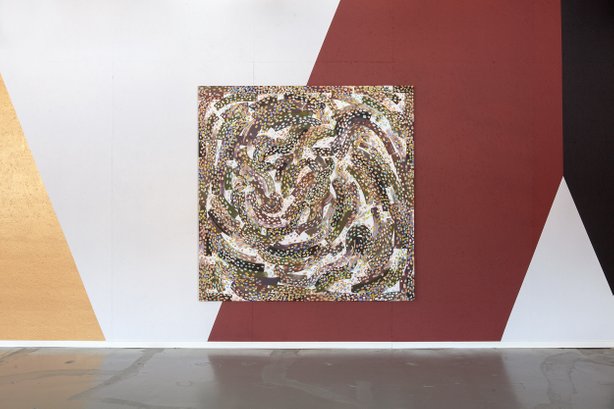 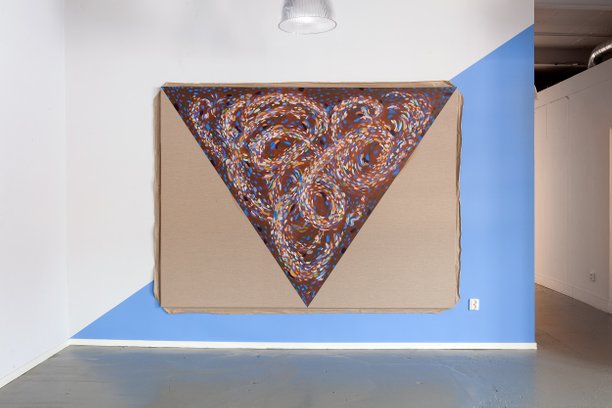 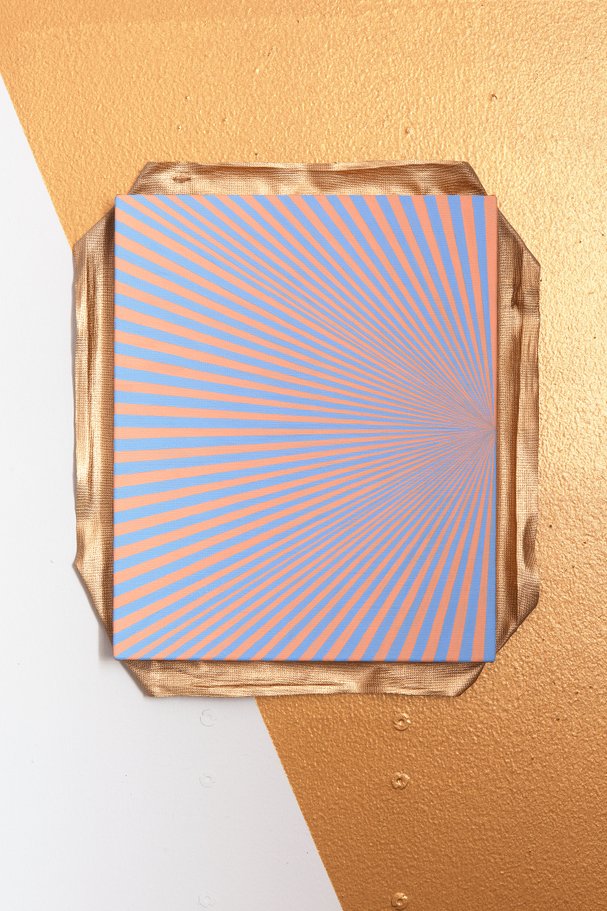