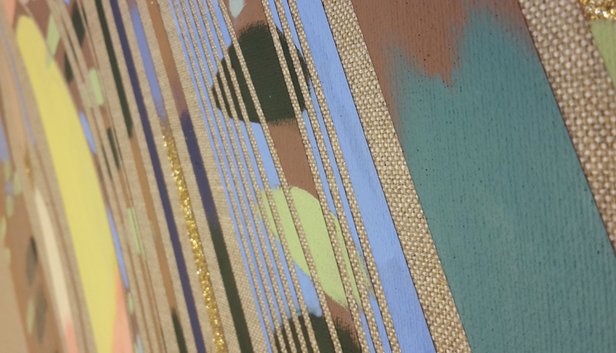 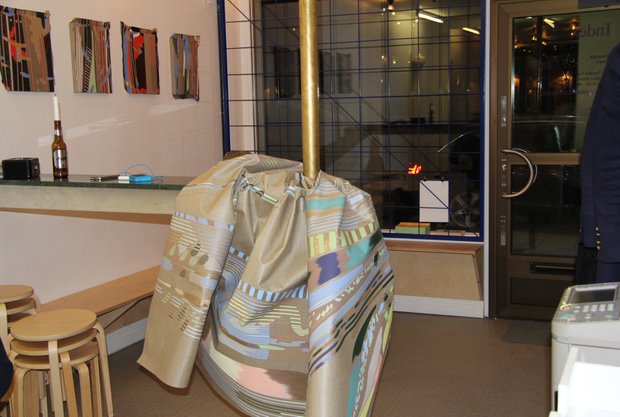 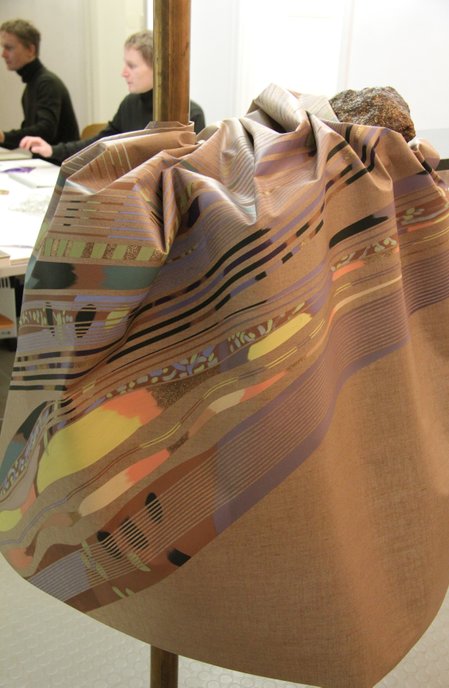 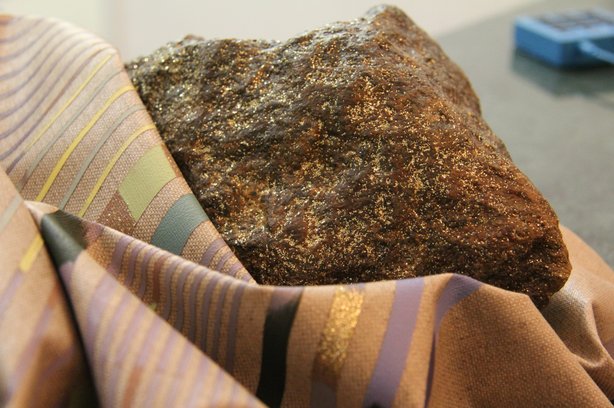 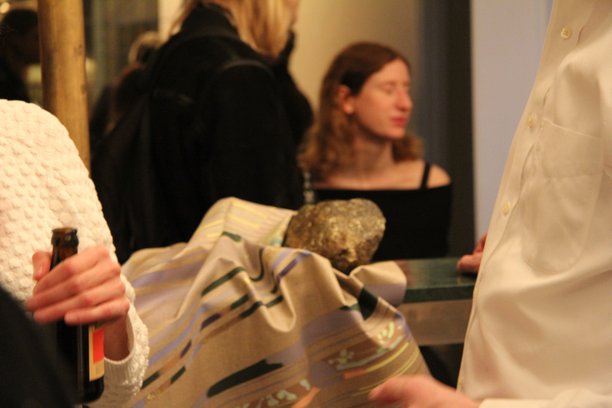 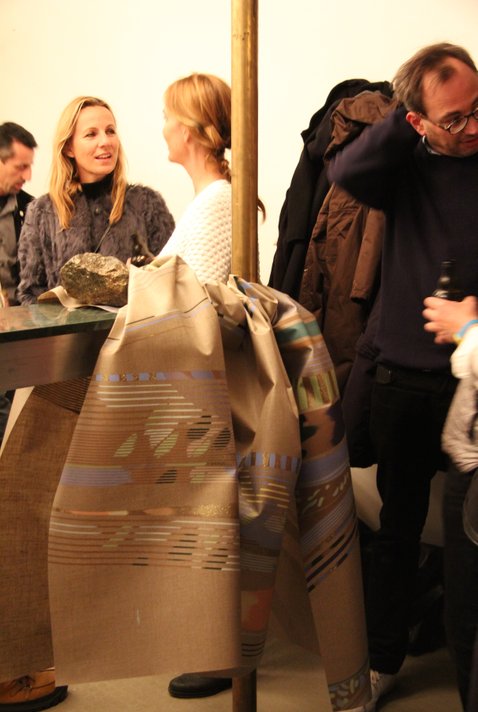 In 2014 I saw the Henri Matisse exhibition “The Cut-Outs” at MoMA in New York. My interest for the image awoke again. The white areas between the figures where the most active empty spaces I had seen. At that time I had been painting in my studio having the idea of raw canvas being both empty and representing something. It could simply be another color or, for example, naked skin on legs surrounding a stylized picture of a pair of briefs. Looking at Matisse’s cut-outs also renewed my interest for the line.

For Index 19 I have made a new painting “Untitled bar painting (Taos, God, Yellow Mica)” made to hang over the marble bar. I also show four smaller paintings I made in 2015, which are cut-outs from a larger, failed painting.

I have drawn the lines in this new series of work with tape, creating empty spaces but also shapes, movements and rhythm. The method made it possible to put together the two layers of abstraction I have been working with for some years, creating a new kind of image. I have partially worked blindly since most of the image is being taken away from the painting when I peel off the tape.

This fall I will show six other paintings from this new series of works in my second solo exhibition at Stene Projects in Stockholm.

A few keys to the titles:

"God" in the titles refers to the gold paint or glitter I have used in the paintings. A reference to European art history where the gold represents God in medieval art and also is a symbol of power.

"Taos" in the titles is the name of Agnes Martins hometown in New Mexico, US for about twenty years. The pastel colors are picked from the nature surrounding Taos (desert and mountains) where I spent a month researching on Martin in 2013.

"Ranchos", a suburb to Taos, has a violent history with Native Americans and Spanish settlers. This place is still somehow quite unpleasant, but fascinating with its clash between the inhabitants and the small tourist business surrounding the impressive mission church " San Francisco de Asis Church in the village center. My aim is not to portray Ranchos in anyway. It is more about the feeling of Ranchos, but foremost, as in all the paintings, it is about exploring painting rather than storytelling.

Index 19 is a weekly event series in Index’ front space. Presenting single works, films, readings and discursive events, the aim is to create a space for dialogue with our surrounding community and visitors. Index 19 is a flexible program initiative, with one night or returning events by international artists and Stockholm-based initiatives.