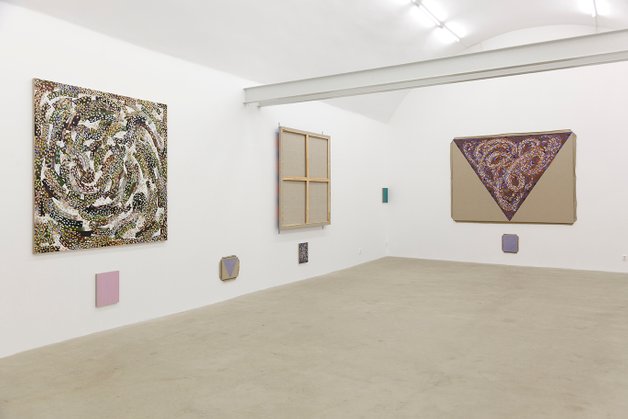 In 2013, I curated an exhibition at New York City’s Garis & Hahn gallery called Dying on Stage: New Painting in New York. The title, which Elisabeth Frieberg is appropriating for this solo exhibition, comes from a quote by the legendary American actor Bill Murray, who these days is better known for showing up at strangers’ parties and surprising the guests than making movies. In 2013, he told Esquire magazine that in order to be a comedian, “You’ve got to be completely unafraid to die,” he said. “You’ve got to be able to take a chance to die. And you have  to die lots.”

To be an artist, one must also take risks, living with the constant possibility of failure. One must not be limited by ideology or fear. All paths are open, though some will inevitably lead to dead ends. In this precarious world, staying still is the only true mistake.

Elisabeth Frieberg’s work demonstrates a similar acceptance of the freedom of risk. Her paintings arrive fresh with the energy of the artist’s impressions of the world around her. Their colors are beaming, their sensual payload immediate. As with the painters I curated, Frieberg moves freely between formats and visual idioms, from the severe vertical stripes of several of her Taos, New Mexico, works inspired by the arch-minimalist Agnes Martin to the all-over exuberance of other canvases covered in swirls of pastel-colored paint inspired by the hues of the Southwestern American landscape. The artist is inspired by Martin’s practices, but does not feel limited to their strictures, instead moving ever forward.

The jotted lines Frieberg sent me from her notebook kept in Taos ring of poetry: “Vulture light warm burnt umber / Vulture darkest brown / Low bush dry light. Cold beige. / Low bush, light warm.” So too do the paintings have an improvisational, poetic mood. They adopt and discard formalist languages as the their relevance to the visual poem ebbs and flows, building new, contingent forms. When Frieberg leaves triangles of raw, blank space on the sides of some of her canvases, they are spaces of possibility rather than negation.

Speaking of death—painting itself is constantly said to be dead or dying. Yet this framework of discussion, stemming from modernist teleology, is irrelevant. The Greenbergian ideology of Abstract Expressionism is irrelevant. Postmodern strategies of appropriation and critical irony increasingly ring false as well. What is left is the ongoing risk of attempting all strategies in a chaotic world.

In this exhibition, Frieberg investigates the possibilities of the canvas as a form, turning paintings against the wall and allowing their colors to shine from behind the stretcher bars. Another work is hinged against the wall, metaphorically allowing it to move any way the wind might blow. Frieberg inhabits the space of freedom given by the attitude of always being ready to fail, to die, to move on to the next attempt, remaining ever alert and ever curious.

When Frieberg asked if she could adopt my earlier exhibition title for her show, I was happy to be hijacked. The appropriation fits in with that sense of energetic play that I see as driving the most compelling contemporary art. Though I identified this spirit of risk in my show, it belongs to everyone; it can and should be spread around the world through exhibitions like this one.

I encourage you to approach Frieberg’s work with a fitting sense of openness. You are Bill Murray, arriving at an unknown house party, ready to experience whatever the moment brings.

Kyle Chayka is currently writer for publications including Newsweek, The New Republic, and Pacific Standard, and others. He is also curator for exhibitions and projects at Moving Image art fair and Garis and Hahn gallery.  Kyle Chayka is Senior Editor at Brooklyn-based art blog Hyperallergic.com and also writes for NewYorker.com. 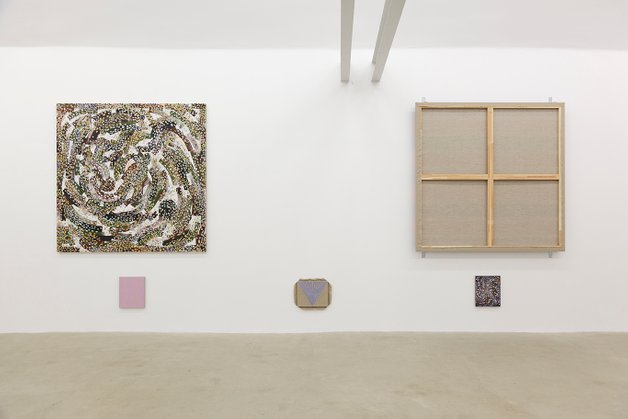 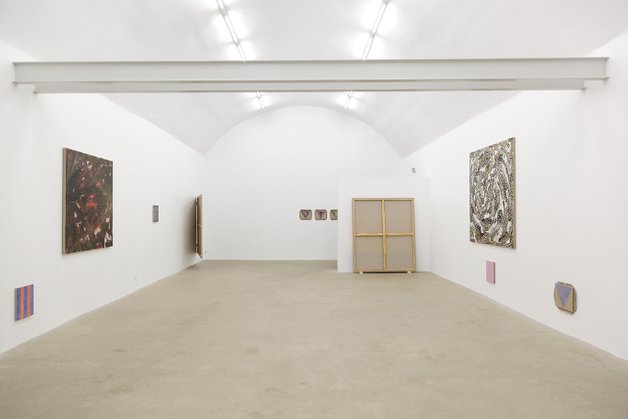 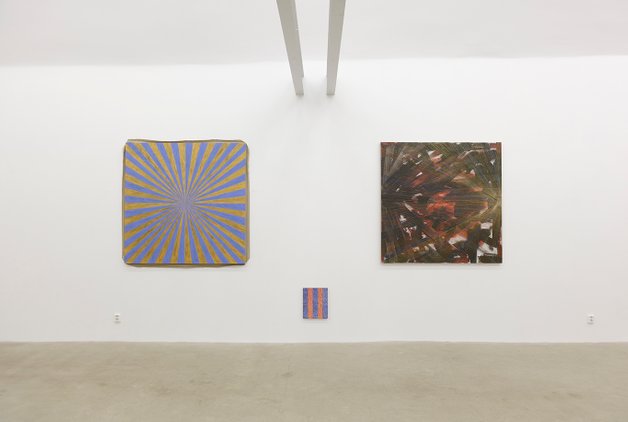 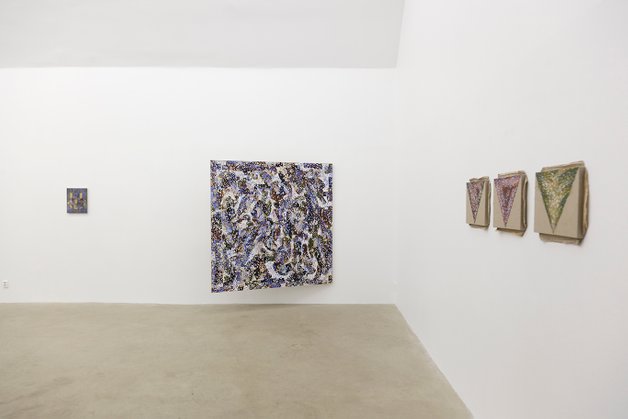 Translated from Swedish to English:

… In the gallery’s largest room Elisabeth Frieberg’s exhibition “Dying on Stage” stretches out. Inspired by the great minimalist Agnes Martin and Ann Edholm, who she has assisted, she has created an exhibition, which is challenging the set of rules for painting. Frieberg puts different styles in layers and in a couple of the images, at least according to the titles, she has been inspired by Van Gogh and Monet.

The smaller tighter paintings, looking like inspired by Agnes Martin, catch my eyes, which Frieberg has in several cases hung just slightly above the floor. The way the paintings are installed is very exciting, for example a larger painting on hinges to make the daylight fall in the perfect angle on the picture plane. Two of the other larger canvases are hung with the back outwards, and if you look in the space between the wall and the picture plane one sees how the colours are shining against the wall.

Several other artists, for example Charlotte Walentin and Anders Sletvold Moe, has used the same kind of technique but it is still as fascinating every time to see how the colours are projected against the white wall.

Frieberg has also, in an exciting way, in some of the pictures not stretched the canvas outside the picture plane, which usually is stretched and hidden behind the stretcher bars.The effect becomes that the painting seems opened wide and the incomplete work stands in contrast to the austerity in the painted picture.

References to art history and the art world are stressed in the written material available in the exhibition, written by Frieberg herself and Kyle Chayka, curator and writer.

There is no doubt about Frieberg’s painterly qualities but her exhibition is for and the most a concept. Is it brave or is it just pretentious? Maybe both. 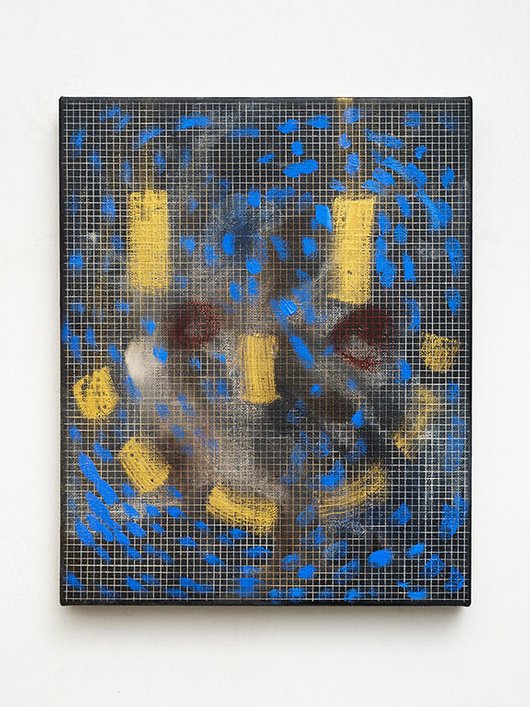 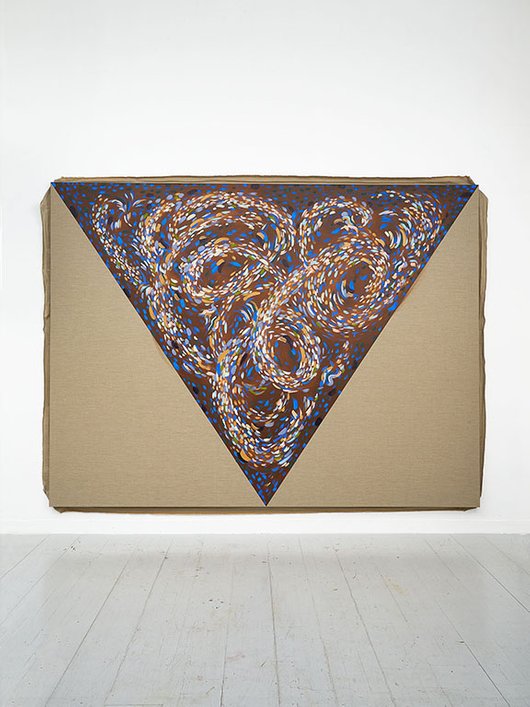 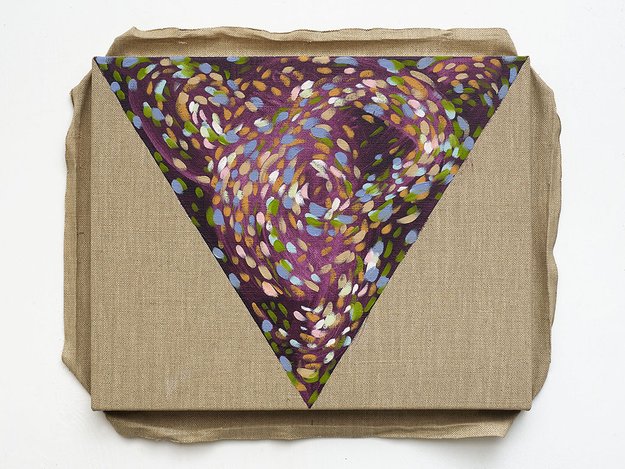 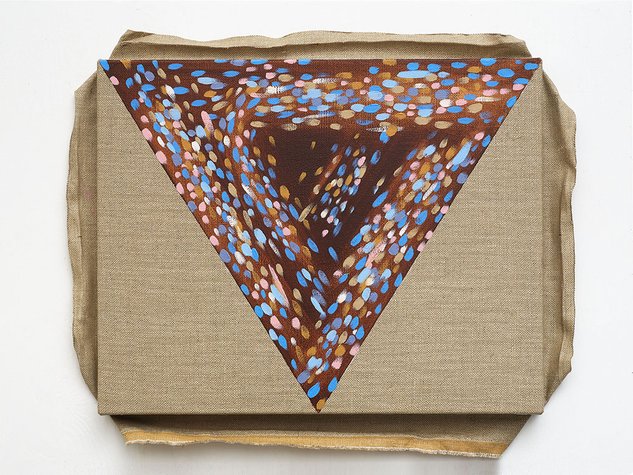 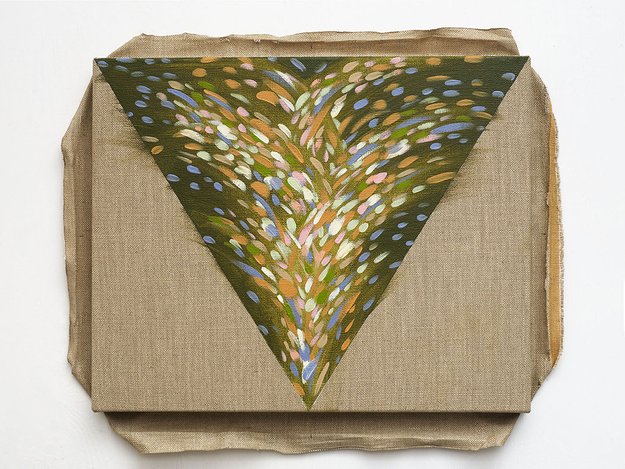 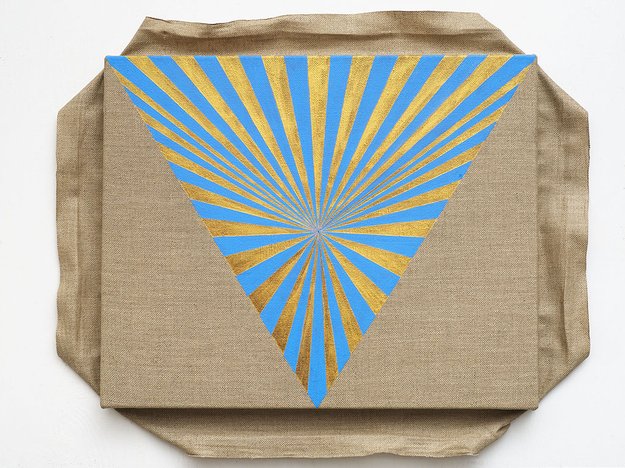 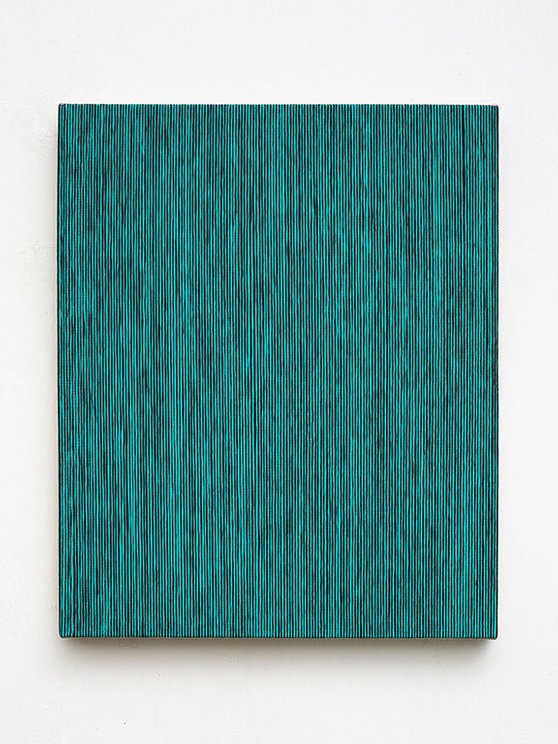 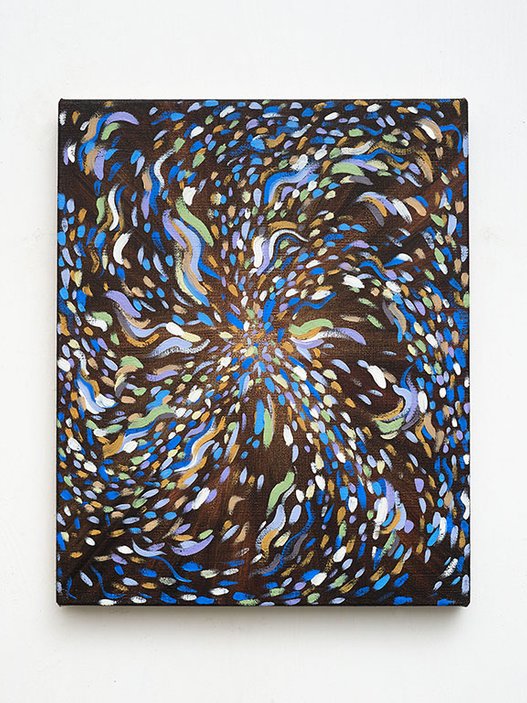 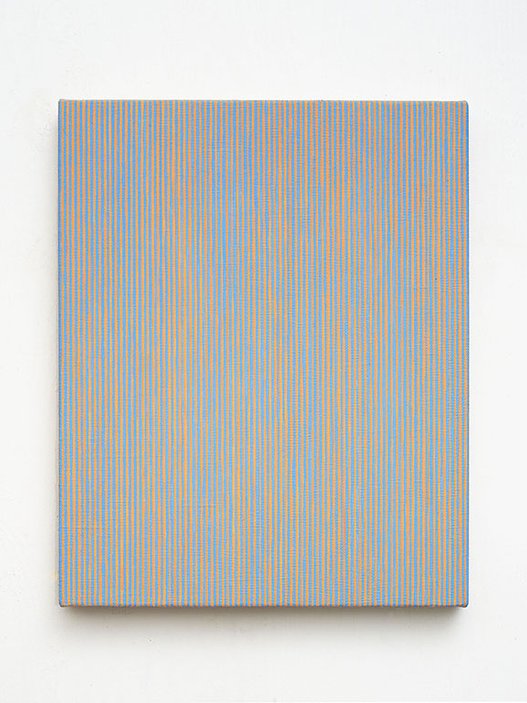